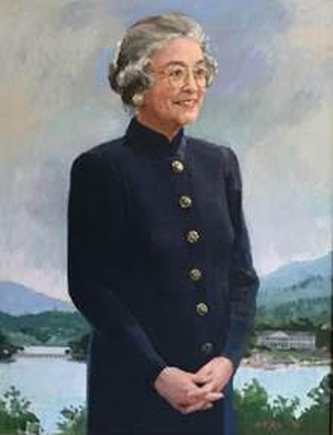 She died peacefully on November 26, 2020 at The Forest at Duke, her home since 2006. The family is thankful for the love and care she received.

With dark brown hair and green eyes, she was an independent child. As a child, she was surrounded by family and friends in Mocksville, NC. She listened to the New York Philharmonic and Metropolitan Opera.

Cooking was a favorite avocation. She helped her mother pull mints, cooked meals for her family, took French cooking classes, and enjoyed new recipes. She welcomed many people at her dining room table and taught her grandchildren the love of cooking.

In 1947, when her family moved to Charlotte, she met Tommy (Thomas A. Langford, Jr.) at Dilworth Methodist Church, where they would be married four years later.

She graduated from Central High School in Charlotte and attended Greensboro College and Duke University.  She enjoyed an active social life and majored in drama.

Her marriage lasted almost 50 years as they lived in in Durham, NC; Cambridge, England; and Lake Junaluska, NC.

She liked being a preacher’s wife. A Methodist from her baptism until her death, Methodist hymns formed her theological core. While she married a pastor, Tommy then became a professor at Duke. She was active with students, faculty, and contributors.

As a stay-at-home Mom, she was an exceptional mother, grandmother, and great-grandmother. With each new grandchild, she provided breaks for parents, and taught sewing and doll house decoration.

Ann Marie loved all her homes, but none as much as The Rock House at Lake Junaluska. She maintained the character of this historic home and made it her own.

She loved to travel with friends and especially her children and grandchildren throughout the US, China, Mexico, Australia, New Zealand, South America, and Europe.

She enjoyed her many friends at the Forest, especially her best friend, Charlie Black.

Her memorial service will be at a future date. Her ashes will be buried with Tommy’s in Duke Garden and The Rock House at Lake Junaluska.

Memorials may be made to the Tom and Ann Marie Langford Scholarship Fund at Duke University Divinity School or the Anne Marie Langford Endowment at Duke Gardens.